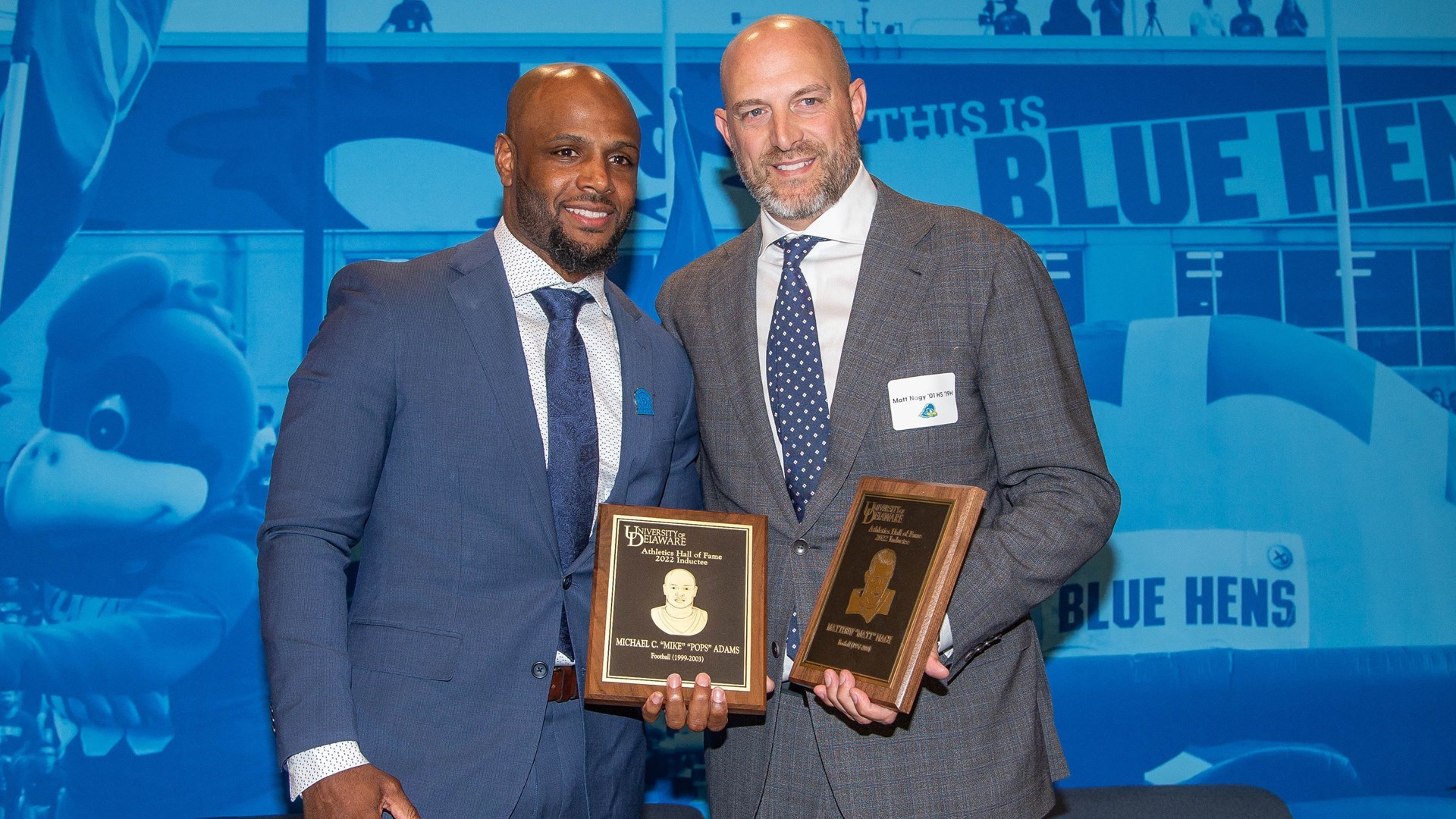 Uncategorized
Delaware Athletics Hall of Fame Inductees
“There was a special kind of atmosphere in the air on Friday night, April 15th, as a pair of Blue Hens finally received their due as University of Delaware alums Mike “Pops” Adams and Matt Nagy were inducted into the Delaware Athletics Hall of Fame in a special Spring Induction Ceremony at the Whitney Athletic Center. The two football greats join six other UD alums who were honored in a ceremony during the fall.
Throughout the 30-minute program Adams and Nagy not only recollected fond memories on the field but also the relationships that they forged while in Newark, as well as those that helped them get to the University of Delaware and the coaches and other individuals who helped them thrive in the Blue & Gold and pursue their careers in professional football.”